Advice For Parents of Wounded Spirits 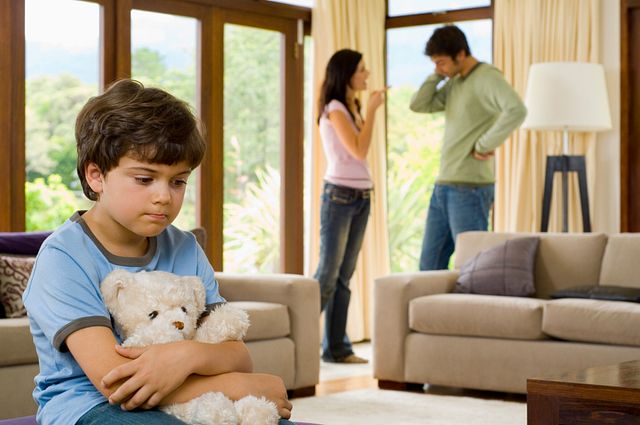 Let me offer some advice now to mothers and fathers of wounded spirits about what you can do to prevent them. As I said earlier, I have been urging parents and teachers for the past thirty years to intervene on behalf of hurting children. One of your most important assignments as a parent is to preserve the mental and physical health of your kids. You wouldn't think of letting someone injure them physically if you could prevent it. Why, then, would you stand by and watch the spirit of your boy or girl being warped and twisted? The damage to the self-concept that occurs during adolescence can haunt an individual for the rest of his life.

As a teacher, I made it clear to my students that I wouldn't put up with teasing. If anyone insisted on ridiculing another of my students, he was going to have to deal with me. I wish every adult would do the same. When a strong, loving teacher comes to the aid of the least-respected child in the class, something dramatic occurs in the emotional climate of the room. Every child seems to utter an audible sigh of relief. The same thought bounces around in many little heads: If that kid is safe from ridicule, then I must be safe too. By defending the least-popular child in the classroom, the teacher is demonstrating that she respects everyone and that she will fight for anyone who is being treated unfairly.

Children love justice and they're very uneasy in a world of injustice and abuse. Therefore, when we teach children kindness and respect for others by insisting on civility in our classrooms and in our homes, we're laying a foundation for human kindness in the world of adulthood to come. Sadly, the opposite philosophy is evident in many schools today. It needs to change. Don't tell me that we as adults can't put a stop to bullying. Of course we can. We know who the defenseless kids are. We can rescue them. We just need the determination to intervene when a child shows signs of distress. It is our profound obligation to get this job done.

Here's the tricky part. While you are working behind the scenes to protect your child from abuse, you must not make him feel victimized beyond the immediate circumstance. It is very easy to give a boy the idea that the world is out to get him. That overarching sense of victimization is terribly destructive. It paralyzes a person and makes him throw up his hands in despair. Once he yields to the insidious notion that he can't win—that he is set up for failure—he becomes demoralized. The will to overcome adversity is weakened. Talk to your boys not about the wider world that is stacked against them, but teach them how to deal with the isolated situation that has arisen. I hope this is clear. You must never make your child think you believe he is destined for failure and rejection. He will believe you!

We must also identify the children and teenagers who appear to be experiencing self-hatred or are harboring deep resentment and anger. The symptoms to look for include overreactions to minor frustration, fear of new social situations, experimentation with drugs or alcohol, difficulty sleeping or eating, extreme isolation and withdrawal, chewing the fingernails, inability to make friends, disinterest in school activities, and the bullying of others. Watch also for signs of threatened suicide. Be especially vigilant when a child who has mentioned killing himself suddenly seems carefree and happy. That sometimes means he has decided to go through with the death wish and is no longer struggling with what has been bothering him. In each of these cases, I urge you to obtain professional help for those kids. Do not console yourself with the notion that "he'll grow out of it." That youngster may be in desperate need of assistance. Don't miss the opportunity to provide it.

The above comments relate to teens; let me focus now on children. It used to be believed that most kids were basically happy and carefree. That is changing. According to psychologist and author Dr. Archibald Hart, we are now seeing more signs of serious depression in children, even as young as five years old. If a five-to-ten-year-old is depressed, he may show signs of lethargy: he may not want to get out of bed in the morning; he may mope around the house; he may show no interest in things that would normally excite him. Sleep disturbances and stomach complaints are also warning signs. Another symptom can be open anger, hostility, and rage. He may lash out suddenly or unexpectedly at people or things around him. If you suspect that your child is depressed, you should help him put his feelings of sadness or frustration into words. Make yourself available to listen without judging or belittling the feelings expressed. Simply being heard can go a long way toward lifting a child's depressed mood. Most important, you need to look for the root cause that is behind the distress. What is happening in your child's school may hold the answer.

Finally, I'll turn to columnist Kathleen Parker to provide the concluding advice about how to raise healthy boys in our shock-wave world. She said it can by accomplished "by being reasonable, smart and fully awake: Reduce boys' exposure to violence, be there when they return from school, help them with homework, ask them about their day, let them cry if need be, support them when they're down, help them to see options, teach them to handle guns safely if you have them, reward good behavior, provide meaningful consequences for unacceptable behavior, make reasonable demands, express moral expectations, talk to their teachers, [and] hug those boys every chance you get. Don't ask them to be men when they're just little boys, but show them how to be real men by demonstrating the thing we as a society seem to have lost: self-control. It's the greatest gift, and it isn't even rocket science. It's just good parenting."