The Trappings Of Success 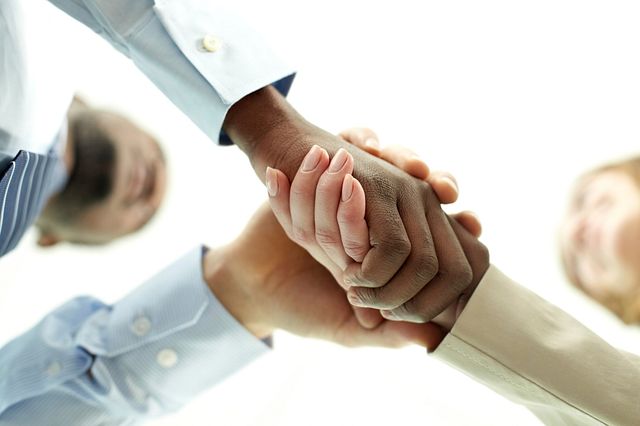 It took me a while to get my own priorities straightened out. Indeed, I almost made the greatest mistake of my life in the early days of adulthood. When I completed my work in graduate school, my life was suddenly filled to the brim with exciting activities. I was only thirty years old and opportunities began coming at me faster than I could deal with them. They included a prestigious university position, network television appearances, best-selling books, and national speaking opportunities. I also consulted for five years with President Ronald Reagan about strengthening the institution of the family. After Reagan's second term ended, I consulted occasionally with George H. W. Bush, then George W. Bush.

Those were exciting days. In the early 1980s, I was invited to come to Washington, D.C., to meet with the president of the Mutual Broadcasting System, Marty Rubenstein. He was responsible for the network programming that produced the early Larry King Show syndicated on hundreds of radio stations. I was Larry's guest for two hours the following evening, after which Mr. Rubenstein asked me to host my own show as a trial. That occurred on March 25, 1983, when I aired a two-hour talk show heard on six hundred of the larger secular stations. It was sponsored by Purex. Afterward, Mr. Rubenstein offered me a regular "gig" like Larry's program. He looked me in the eye sternly and said, "If you will accept this proposal, I will make you a very wealthy man."

Thank God, I had the sense not to accept the offer. Having a regular radio program fifty-two weeks of the year would have taken me (and my family) over the edge. But the temptation was very strong. My life was at a turning point, and I wavered there for a few days before I realized what was at stake.

All of this high-octane fuel had a downside for my family and me. Early success can be a heady experience for any young man, and I was no exception. I was running at warp speed trying to keep up with all that was happening. I never neglected Shirley or my little girl, Danae, but I did have a tendency to get distracted and overworked. When Ryan came along, I was even more harried. I am embarrassed to say that I once went seventeen nights without being at home with my little family.

My dad observed that I was increasingly absorbed with the trappings of success, and it worried him. He and my mother were on a flight to Hawaii during that time and he had several hours to sit and think. Somewhere over the blue Pacific, he took out a pen and began to write me a letter that was to shape my life. Here is a portion of that letter, written forty-five years ago:

It's been some time since I wrote you a fatherly letter, or a letter of any kind. It is worthy of note, I think, that of all the scores of communications that have made up our total correspondence, including those of your high school and college days, I can recall no letter that had to be written in anger or even in a mild reprimand. They have all had a nostalgic aura of pleasantness. In a word, today I feel more like saying that it has been great to be your father. I am proud to be a member of the team. I am very happy about your success, which is now coming in like showers. It is important for men in all vocations to experience the realizations of their dreams. As this point, you have had a very high ratio of positive returns on your endeavors—almost unbelievable, in fact.

I don't need to remind you that it won't always be so. Life will test you deeply, if only in the ultimate when we have to lay down everything. Until now you have been largely untested, but trials and challenges are inevitable. You should try to prepare for them emotionally because frustration and heartbreak will come your way. I know this is not easy to do in a day of sunshine and roses, but you must try to brace yourself for disappointment.

Then my father came to the gist of his letter. He continued,

We must all pray definitely, pointedly and continuously for your precious daughter. [Ryan had not yet been born.] Danae is growing up in the wickedest section of a world much farther gone into moral decline than the world into which you were born. I have observed that one of the greatest delusions is to suppose that children will be devout Christians simply because their parents have been. They are also unlikely to be deeply committed to their faith if their moms and dads have been lukewarm about spiritual matters. You and Shirley should devote yourselves wholeheartedly to a deep travail of prayer on behalf of the children God gives to you. Failure to win them to Christ would make mere success in your profession a very pale and washed-out affair, indeed. But this prayer demands time— time that cannot be given if it is all signed and conscripted and laid on the altar of career ambition.

In my case, there was a happy coincidence of my career as a minister with the care of your soul. The modest appointments that were mine during your childhood provided the time to pray for you. But in regard to your family, it will have to be done by design—jealously and fervently guarded. I urge you not to fail at this point. The tragedy of a child who makes shipwreck of his or her faith can mar the old age of anyone, Christian or otherwise. We must all work together to achieve for you the serenity, which is mine in this respect, as I enter the youth of my old age. That is only one more reason why we should all drink to the full the cup that is still in our hands.

Thanks for letting me share my thoughts. Let's talk more when your mom and I get home.

This letter hit me hard because I understood exactly what he was saying. I have thought about it ever since, and still have the original copy in my files. In fact, I have memorized portions of it and still ponder Dad's words. It is apparent now that I almost made the greatest mistake of my life as a young father. I could have lost my kids spiritually, as my dad warned. I am thankful that he helped pull me back from the edge.

After reading my father's message and later talking to him about it, Shirley and I began praying earnestly for our daughter, and later for our son. We learned to "fast," which is a biblical concept whereby the pleasure of eating is given up for a time. In our case, that was done one day each week. Even though fasting became difficult for me physically five years later, Shirley continued that practice for more than twenty years. We prayed the same prayer together again and again. It went something like this:

"Heavenly Father, here we are once more with the cry of our hearts. We've come to tell you what you already know, that we care more about the spiritual welfare of our children than any other aspect of our lives. It is more important to us than our health, our work, our reputations, or our possessions. We know there will come a time when our children will be beyond our influence. They will be challenged by the temptations of life. We ask that at that junction between righteousness and unrighteousness, that You place a godly man and woman at that point. Help those influencers to direct them toward the path they should take. Most of all, may the circle be unbroken on the other side of this life, and grant each of us eternal life, which we will celebrate in Your presence forever."

That prayer has been answered wonderfully. Two dedicated mentors came into Danae's and Ryan's lives when they were in college and soon thereafter. Our children have grown up to follow in the footsteps of their forebears, and we enjoy close and fulfilling relationships with them today. Danae has published twenty-four Christian books, most of them for children (including the popular Woof series1) and Ryan has written five, the latest being Wanting to Believe,2 about his spiritual journey.

Book: Your Legacy: The Greatest Gift