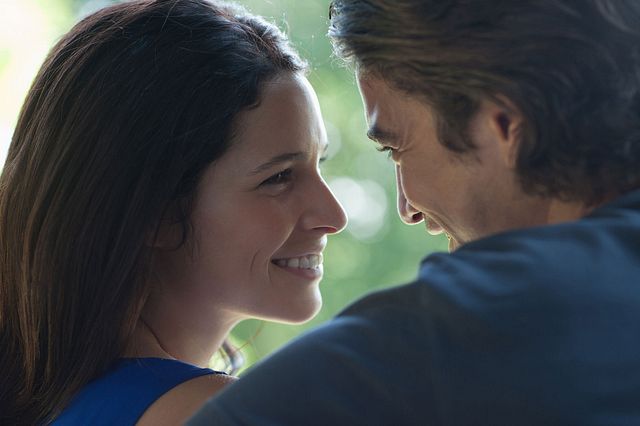 Q. I believe it is not harmful to have sexual intercourse before marriage, if the couple has a meaningful relationship.

A. This item represents the most dangerous of the popular misconceptions about romantic love, both for individuals and for our future as a nation.  During the past fifteen years we have witnessed the tragic disintegration of our sexual mores and traditional concepts of morality.  Responding to a steady onslaught by the entertainment industry and by the media, our people have begun to believe that premarital intercourse is a noble experience, and extramarital encounters are healthy, and homosexuality is acceptable, and bisexuality is even better.  These views reflect the sexual stupidity of the age in which we live, yet they are believed and applied by millions of American citizens.  A recent study of college students revealed that 25 percent of them have shared bedrooms with a member of the opposite sex for at least three months.  According to "Life Styles and Campus Communities," 66 percent of college students reportedly believe premarital intercourse is acceptable between any two people who consent or "when a couple has dated some and care a lot about each other."  I have never considered myself to be a prophet of doom, but I am admittedly alarmed by statistical evidence of this nature.  I view these trends with fear and trepidation, seeing in them the potential death of our society and our way of life.

Mankind has known intuitively for at least fifty centuries that indiscriminate sexual activity represented both an individual and a corporate threat to survival.  The wisdom of those years has now been documented.  Anthropologist J. D. Unwin conducted an exhaustive study of the eighty-eight civilizations which have existed in the history of the world.  Each culture has reflected a similar life cycle, beginning with a strict code of sexual conduct and ending with the demand for complete "freedom" to express individual passion.  Unwin reports that every society which extended sexual permissiveness to its people was soon to perish.  There have been no exceptions.

Why do you suppose the reproductive urge within us is so relevant to cultural survival?  It is because the energy which holds a people together is sexual in nature!  The physical attraction between men and women causes them to establish a family and invest themselves in its development.  It is this force which encourages them to work and save and toil to insure the survival of their families.  This sexual energy provides the impetus for the raising of healthy children and for the transfer of values from one generation to the next.  It urges a man to work when he would rather play.  It causes a woman to save when she would rather spend.  In short, the sexual aspect of our nature--produces stability and responsibility that would not otherwise occur.  And when a nation is composed of millions of devoted, responsible family units, the entire society is stable and responsible and resilient.

If sexual energy within the family is the key to a healthy society, then its release outside those boundaries is potentially catastrophic.  The very force which binds a people together then becomes the agent for its own destruction.  Perhaps his point can be illustrated buy an analogy between sexual energy in the nuclear family and physical energy in the nucleus of a tiny atom.  Electrons, neutrons, and protons are held in delicate balance buy an electrical force within each atom.  But when that atom and its neighbors are split in nuclear fission (as in an atomic bomb), the energy which provided the internal stability is then released with unbelievable power and destruction.  There is ample reason to believe that this comparison between the atom and the family is more than incidental.

Who can deny that a society is seriously weakened when the intense sexual urge between men and women becomes an instrument for suspicion and intrigue within millions of individual families...when a woman never knows what her husband is doing when away from home...when a husband can't trust his wife in his absence...when half of the brides are pregnant at the altar...when each newlywed has slept with numerous partners, losing the exclusive wonder of the marital bed...when everyone is doing his own thing, particularly that which brings him immediate sensual gratification!  Unfortunately, the most devastated victim of an immoral society of this nature is the vulnerable little child who hears his parents scream and argue; their tension and frustrations spill over into his world, and the instability of his home leaves its ugly scars on his young mind.  Then he watches his parents separate in anger, and he says, "goodbye" to the father he needs and loves.  Or perhaps we should speak of the thousands of babies born to unmarried teenage mothers each year, many of whom will never know the meaning of a warm, nurturing home.  Or maybe we should discuss the rampant scourge of venereal disease which has reached epidemic proportions among America's youth.  This is the true vomitus of the sexual revolution, and I am tired of hearing it romanticized and glorified.  God has clearly forbidden irresponsible sexual behavior, not to deprive us of fun and pleasure, but to spare us the disastrous consequences of this festering way of life.  Those individuals, and those nations, which choose to defy his commandments on this issue will pay a dear price for their folly.  My views on this subject may be unpopular, but I believe them with everything within me!

Book: What Wives Wish Their Husbands Knew About Women