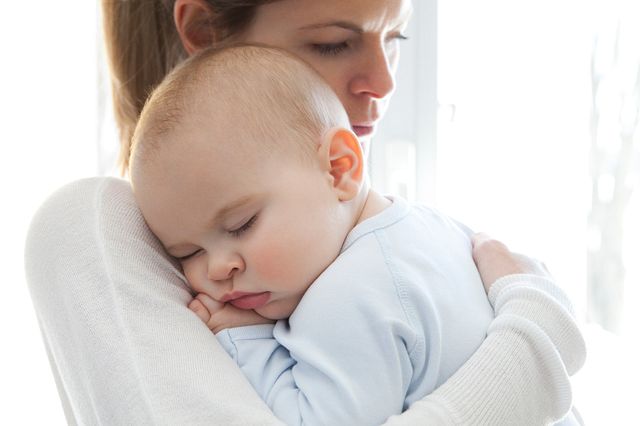 We receive letters, phone calls, and e-mail responses at Family Talk every month, some of them coming from single mothers. Here is one of these impassioned notes:

I was married for 30 years but my husband died recently. Now I need your help. Tell me how I'm supposed to act as a single. I need to learn how to have fun alone; to know what to say, what to do and not do. Tell me how to come home to an empty house, not being needed, having no one to take care of and no one to share life with. How do I learn to enjoy life again? I married the second man I ever dated and he was my best friend, my lover, my companion. How do I find love again? Any man I would date would not want to talk about my husband, but I just can't put 30 years behind me and deny that they happened. Tell me, where do I go for answers, and dothose answers exist?

This woman will learn to live again, but it will take a little time for her wounds to heal and her heart to mend. I have shared this letter and the other illustrations above to heighten the sensitivity of all of us to the plight of those who have suffered the loss of a loved one through death, abandonment, or divorce. It is one of the most traumatic experiences in living.

What we're describing here involves a huge number of people in the United States and around the world, and their ranks are growing exponentially. According to the census figures released in May 2001, the nuclear family has continued its downward spiral that began in the early seventies. Indeed, it is now in an unfettered free fall. Our local newspaper in Colorado Springs, The Gazette, shouted the news in seventy-two-point type: "Nuclear Family Fading." The Boston Herald, in a column written by Don Feder, carried the headline "Nuclear Family in Meltdown." Allan Carlson of the Howard Center for the family said, "We are moving toward a post-family society." Sadly and ominously, these assessments are true. This God-ordained institution, which has prevailed in almost every culture on earth for more than five thousand years, is unraveling right in front of our eyes.

Here are some of the most disturbing findings from the report: Households headed by unmarried partners grew by almost 72 percent during the past decade, most of them involving people living together out of wedlock. Households headed by single mothers increased by more than 25 percent, and those led by single fathers grew by almost 62 percent. For the first time ever, nuclear families dropped below 25 percent of households. A third of all babies were born to unmarried women (33 percent), compared to only 3.8 percent in 1940. From other studies we know that cohabitation has increased by 1,000 percent since 1960. We are also seeing a growing number of unmarried women in their twenties and thirties who, like actress Jodie Foster, are choosing to bear and raise children alone.

In essence, the old taboos against divorce and cohabitation are disappearing and the culture is abandoning its commitment to lifelong marriage. Indeed, I doubt if most young adults have any significant understanding of why previous generations defended the family so vigorously or why they were disdainful of those who blatantly "shacked up." It was because they violated biblical moral principles that were deeply ingrained within the culture. That belief system has almost disappeared. Now, the divorce rate is actually higher by a small margin among Christians than among those who profess to have no faith at all. These social changes represent a growing decadence with far-reaching implications for the future.

It is predicted now, based on these trends, that more than half of the babies born in the 1990s will spend at least part of their childhood in single-parent homes. Already the United States is the world's leader in the percentage of single parents, and that number is skyrocketing. What will happen if marriage does indeed become obsolete or largely irrelevant in the days ahead? It portends a world where almost every child will have several "moms" and "dads," perhaps six or eight "grandparents," and dozens of half siblings. It will be a world where little boys and girls are shuffled from pillar to post in an ever-changing pattern of living arrangements—where huge numbers of them will be raised in foster-care homes or be living on the street (as millions do in Latin America today). Imagine a world where nothing is stable and where people think primarily about themselves and their own self-preservation. In short, the demise of families will produce a chaotic world that will be devastating to children.