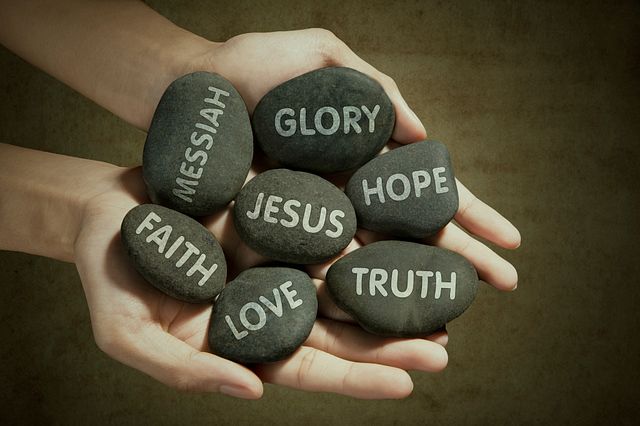 Jesus' own teachings have great relevance for us at this point. Have you ever wondered what topic He talked about more often than any other?

Was it heaven, hell, sin, repentance, love, or His second coming? No, it was money, and most of what He said came in the form of a warning. This caution about possessions and riches appeared throughout Jesus' teachings. Here are a few passages just from one of the four Gospels, the book of Luke:

Jesus said to a crowd of His followers, "But woe to you who are rich, for you have already received your comfort" (Luke 6:24).

He also said, "Watch out! Be on your guard against all kinds of greed; a man's life does not consist in the abundance of his possessions" (Luke 12:15).

Jesus told a parable about a rich fool who had no need of God. The man believed he had many years to live and said to himself, "'You have plenty of good things laid up for many years. Take life easy; eat, drink and be merry.' But God said to him, 'You fool! This very night your life will be demanded from you. Then who will get what you have prepared for yourself?'" Jesus ended the parable with this sober warning, "This is how it will be with anyone who stores up things for himself but is not rich toward God" (Luke 12:18-21).

Jesus later visited the home of a prominent Pharisee and said to His host, "When you give a luncheon or dinner, do not invite your friends, your brothers or relatives, or your rich neighbors; if you do, they may invite you back and so you will be repaid. But when you give a banquet, invite the poor, the crippled, the lame, the blind, and you will be blessed" (Luke 14:12-14).

He told a parable of the prodigal son who demanded his inheritance early and then squandered it on prostitutes and riotous living (see Luke 15:11-31).

Jesus said to His disciples, "No servant can serve two masters. Either he will hate the one and love the other, or he will be devoted to the one and despise the other. You cannot serve both God and Money" (Luke 16:13).

He told a parable of the rich man who had everything. The man was clothed in fine purple and linen, and he ate the very best food. But he was unconcerned about the misery of the beggar Lazarus, who was hungry and covered with sores. The rich man died and went to hell where he was tormented, but Lazarus was taken to heaven where he was comforted (see Luke 16:19).

He spoke to a rich young ruler and commanded him to sell all he had and give it to the poor. The man went away very sorrowfully "because he was a man of great wealth" (Luke 18:18-23).

Isn't it incredible how many of Jesus' statements dealt with money in one way or another? We must ask ourselves why. Is there a reason the Master kept returning to that theme? Of course there is. Jesus was teaching us that great spiritual danger accompanies the pursuit and the achievement of wealth. He explained why in Matthew 6:19, "For where your treasure is, there your heart will be also."