Emotional Differences Between Men and Women 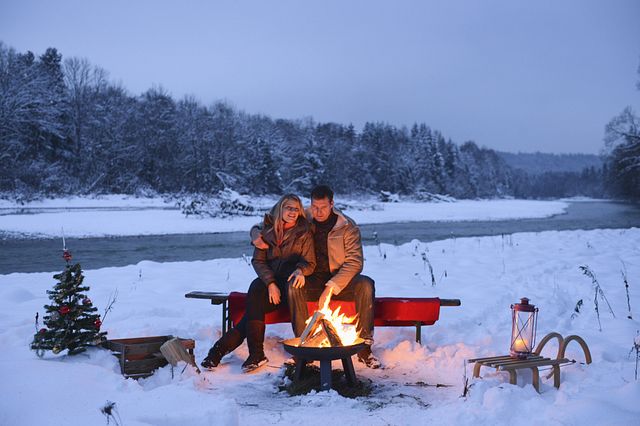 Men and women have the same needs for self-worth and belonging, but they typically satisfy those needs differently. A man derives his sense of worth primarily from the reputation he earns in his job or profession. He draws emotional satisfaction from achieving in business, becoming financially independent, developing a highly respected craft or skill, supervising others, becoming "boss," or by being loved and appreciated by his patients or clients or fellow businessmen. The man who is successful in these areas does not depend on his wife as his primary shield against inferiority. Of course, she plays an important role as his companion and lover, but she isn't essential to his self-respect day by day.

By contract, a stay-at-home mom approaches her marriage from a totally different perspective. She does not have access to "other" sources of self-esteem commonly available to her husband. She can cook a good dinner, but once it is eaten her family may not even remember to thank her for it. Her household duties do not bring her respect in the community, and she is not likely to be praised for the quality of her dusting techniques. Therefore, the more isolated she becomes, as we have discussed, the more vital her man will be to her sense of fulfillment, confidence, and well-being.

Let's reduce it to a useful oversimplification: men derive self-esteem by being respected; women feel worthy when they are loved. This may be the most important personality distinction between the sexes.

This understanding helps explain the unique views of marriage as seen by men and women. A man can be contented with a kind of business partnership in marriage, provided sexual privileges are part of the arrangement. As long as his wife prepares his dinner each evening, is reasonable amiable, and doesn't nag him during football season, he can be satisfied. The romantic element is nice--but not necessary. However, this kind of surface relationship drives his wife utterly wild with frustration. She must have something more meaningful.

Women yearn to be the special sweethearts of their men, being respected and appreciated and loved with tenderness. This is why a wife often thinks about her husband during the day and early awaits his arrival home; it explains why their wedding anniversary is more important to her, and why he gets clobbered when he forgets it. It explains why she is constantly "reaching" for him when he is at home, trying to pull him out of the newspaper or television set; it explains why "Absence of Romantic Love in My Marriage" ranks so high as a source of depression among women, whereas men would have rated it somewhere in the vicinity of last place.

Women often find it impossible to convey their needs for romantic affection to their husbands. One fellow listened carefully as I explained the frustration his wife had expressed to me; he promptly went out and bought some flowers for her and rang the front doorbell. When she opened the door, he extended his arm and said, "Here!" Having met his marital responsibilities, he pushed past her and turned on the television set. His wife was not exactly overwhelmed by his generosity.

Another man said, "I just don't understand my wife. She has everything she could possibly want. She has a dishwasher and a new dryer, and we live in a nice neighborhood. I don't drink or beat the kids or kick the dog. I've been faithful since the day we were married. But she's miserable and I can't figure out why!" His love-starved wife would have traded the dishwasher, the dryer, and the dog for a single expression of genuine tenderness from her unromantic husband. Appliances do not build self-esteem; being somebody's sweetheart most certainly does.

Book: What Wives Wish Their Husbands Knew About Women