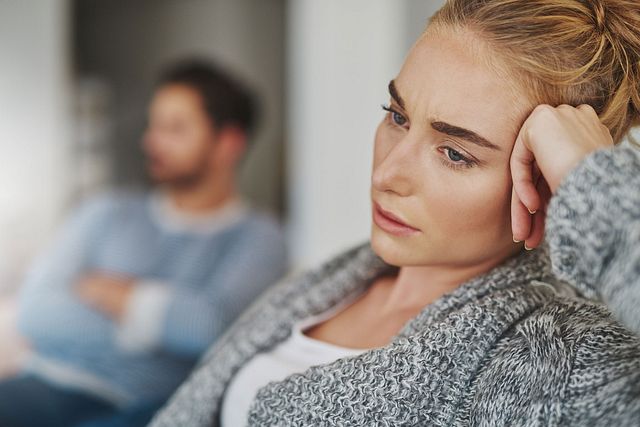 Question: What is the most common marital problem you hear about in your office?

Answer: Let's suppose I have a counseling appointment at four o'clock tomorrow afternoon with a person whom I've never met.  Who is that person and what will be the complaint that brings them to me?  First, the patient will probably be Mrs. Jones, not her husband.  A man is seldom the first to seek marriage counseling, and when he does, it is for a different motive than his wife seeks it.  She comes because her marriage is driving her crazy.  He comes because his wife is driving him crazy.

Mrs. Jones will be, perhaps, between twenty-eight and forty-two years of age, and her problem will be extremely familiar to me.  Though the details will vary, the frustration she communicates on that afternoon will conform to a well-worn pattern.  It will sound something like this:

John and I were deeply in love when we got married.  We struggled during the first two or three years, especially with financial problems, but I knew he loved me and he  knew I loved him.  But then something began to change.  I'm not sure how to   described it.  He received a promotion about five years ago, and that required him to work longer hours.  We needed the money, so we didn't mind the extra time he was putting in.  But it never stopped.  Now he comes home late every evening.  He's so tired I can actually hear his feet dragging as he approaches the porch.  I look forward to his coming home all day 'cause I have so much to tell him, but he doesn't feel   much like talking.  So I fix his dinner and he eats it alone.  (I usually eat with the kids earlier in the evening.)  After dinner, John makes a few phone calls and works at his desk.  Frankly, I like for him to talk on the telephone just so I can hear his voice.  Then he watches television for a couple of hours and goes to bed.  Except on Tuesday night he plays basketball and sometimes he has a meeting at the office.  Every Saturday morning he plays golf with three of his friends.  Then on  Sunday we are in church most of the day.  Believe me, there are times when we go or a month or two without having a real, in-depth conversation.  You know what I mean?  And I get so lonely in the house with three kids climbing all over me.  There   aren't even any women in our neighborhood I can talk to, because most of them have  gone back to work.  But there are other irritations about John.  He rarely takes me out  to dinner and he forgot our anniversary last month, and I honestly don't believe he's ever had a romantic thought.  He wouldn't know a rose from a carnation, and his Christmas cards are signed, just "John."   There's no closeness or warmth between  us, yet he wants to have sex with me at the end of the day.  There we are, lying in bed, having had no communication between us in weeks.  He hasn't tried to be sweet  or understanding or tender, yet he expects me to become passionate and responsive to him.  I'll tell you, I can't do it.  Sure, I go along with my duties as a wife, but I sure  don't get anything out of it.  And after the two-minute trip is over and John is asleep, I lie there resenting him and feeling like a cheap prostitute.  Can you believe that?  I feel used for having sex with my own husband!  Boy, does that depress me!  In fact, I've been awfully depressed lately.  My self-esteem is rock bottom right now.  I feel like nobody loves me...I'm a lousy moth and a terrible wife.  Sometimes I think that  God probably doesn't love me, either.  Well, now I'd better tell you what's been going on between John and me more recently.  We've been arguing a lot.  I mean really  fighting.  It's the only way I can get his attention, I guess.  We had an incredible  battle last week in front of the kids.  It was awful.  Tears.  Screaming.  Insults.   Everything.  I spent two nights at my mother's house.  Now, all I can think about is  getting a divorce so I can escape.  John doesn't love me anyway, so what difference would it make?  I guess that's why I came to see you.  I want to know if I'll be doing the right thing to call it quits.

Mrs. Jones speaks as though she were the only woman in the world who has ever experienced this pattern of needs.  But she is not alone.  It is my guess that 90 percent of the divorces that occur each year involve at least some of the elements she described--an extremely busy husband who is in love with his work and who tends to be somewhat insensitive, unromantic, and non-communicative, married to a lonely, vulnerable, romantic woman who has severe doubts about her worth as a human being.  They become a matched team:  he works like a horse and she nags.