The Biblical Approach to Money 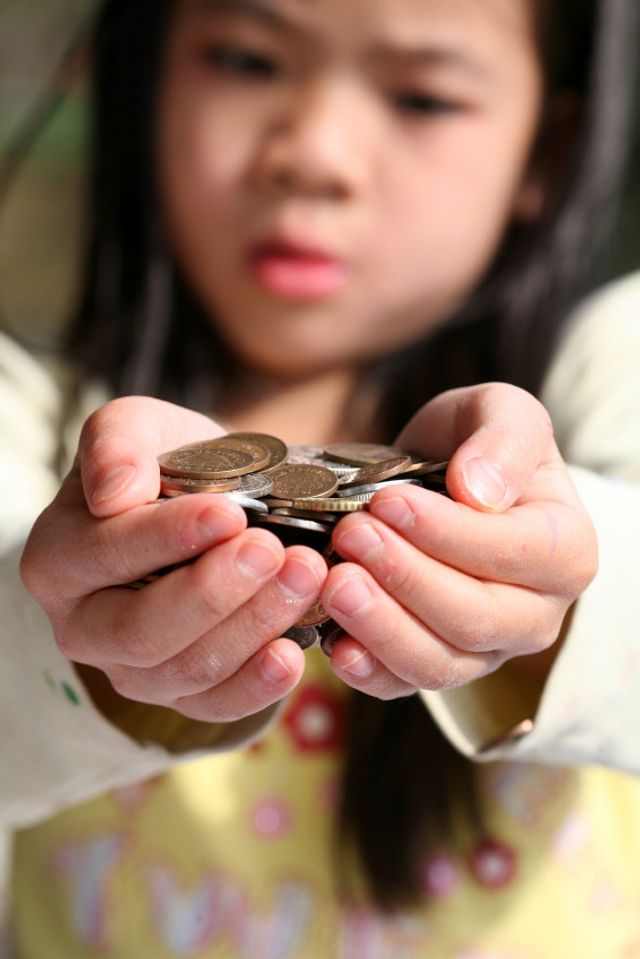 Question: What, then, is the biblical approach to possessions and money? You've spelled out what is wrong, but what is right?

Answer: To answer your question, I will turn to Christian financial counselor and author Ron Blue. He said there are four principles for money management that are foundational. If they are implemented in your life, you'll never have a problem with materialism. Let's look at them quickly:

Principle 1: God owns it all.  Some people have the notion that the Lord is entitled to 10 percent of our income, which is called our "tithes," and that the other 90 percent belongs to us. Not true. I believe strongly in the concept of tithing, but not because God's portion is limited to a tenth. We are but stewards of all that He has entrusted to us. He is our possessor--and sometimes our dispossessor. Everything we have is but a loan from Him. When God took away his wealth, Job had the correct attitude, saying, "Naked I came from my mother's womb, and naked I will depart. The Lord gave and the Lord has taken away; may the name of the Lord be praised" (Job 1:21). If you understand this basic concept, it becomes clear that every spending decision is a spiritual decision. Waste, for example, is not a squandering of our resources. It is a poor use of His.

Expenditures for worthwhile purposes, such as vacations, ice cream, bicycles, blue jeans, magazines, tennis rackets, cars, and hamburgers, are also purchased with His money. That's why in my family, we bow to thank the Lord before eating each meal. Everything, including our food, is a gift from His hand.

Principle 2: There is always a trade-off between time and effort and money and rewards.  You've heard the phrases "There's no such thing as a free lunch" and "You can't get something for nothing." Those are very important understandings. Money should always be thought of as linked to work and the sweat of our brow.

Here's how this second principle has meaning for us. Think for a moment of the most worthless, unnecessary purchase you have made in recent years. Perhaps it was an electric shaver that now sits in the garage or an article of clothing that will never be worn.

It is important to realize that this item was not purchased with your money; it was bought with your time, which you traded for money. In effect, you swapped a certain proportion of your allotted days on earth for that piece of junk that now clutters your home.

When you understand that everything you buy is purchased with a portion of your life, it should make you more careful with the use of money.

Principle 3: There is no such thing as an independent financial decision.  There will never be enough money for everything you'd like to buy or do. Even billionaires have some limitations on their purchasing power. Therefore, every expenditure has implications for other things you need or want. It's all linked together. What this means is that those who can't resist blowing their money for junk are limiting themselves in areas of greater need or interest.

And by the way, husbands and wives often fight over the use of money. Why? Because their value systems differ and they often disagree on what is wasteful. My mother and father were typical in this regard. If Dad spent five dollars for shotgun shells or for tennis balls, he justified the expenditure because it brought him pleasure. But if Mom bought a five-dollar potato peeler that wouldn't work, he considered that wasteful. Never mind the fact that she enjoyed shopping as much as he did hunting or playing tennis. Their perspectives were simply unique. This is a common problem for husbands and wives, and they just have to work through it.

Again, this third principle involves a recognition that an extravagance at one point will eventually lead to frustration down the road. Good business managers are able to keep the big picture in mind as they make their financial decisions.

Principle 4: Delayed gratification is the key to financial maturity.  Since we have limited resources and unlimited choices, the only way to get ahead financially is to deny ourselves some of the things we want. If we don't have the discipline to do that, then we will always be in debt. Remember too that unless you spend less than you earn, no amount of income will be enough. That's why some people receive salary increases and soon find themselves even deeper in debt.

Let me repeat that important concept: No amount of income will be sufficient if spending is not brought under control.  Consider the finances of the United States government, for example. It extracts more than a trillion dollars annually from American taxpayers. That's a thousand billion bucks! But our Congress spends hundreds of billions more than that.

Even by the most liberal interpretation, much of this revenue is wasted on programs that don't work and on unnecessary and expensive bureaucracies. Consequently, the size of our national debt is mind-boggling. The point is inescapable: Whether it be within a government or by a private individual, there must be a willingness to deny short-term gratification and to live within one's means. It isn't easy, but it pays big dividends at maturity.

The The Complete Marriage and Family Home Reference Guide