Even When God Doesn’t Make Sense 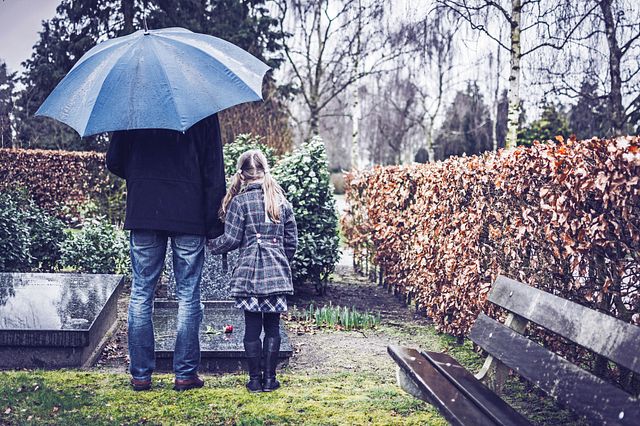 I want to turn our attention now to a concept that will help you remain steady when hardships and stresses challenge you as you live Life on the Edge.; The following discussion from my book WHEN GOD DOESN'T MAKE SENSE deals with our inability to explain everything He is doing in our lives, especially when the storm clouds gather.; Let me begin with a few illustrations of that kind of confusion.

Chuck Frye was a bright young man of seventeen, academically gifted and highly motivated.; After graduating near the top of his class in high school, he went on to college where he continued to excel in his studies.; Upon completion of his Bachelor of Science degree, he applied for admittance to several medical schools.

The competition for acceptance in medical school was, and is, fierce.; At the time, I was a professor at the University of Southern California School of Medicine, where only 106 students were admitted each year out of 6,000 applicants.; That was typical of accredited medical programs in that era.; Despite these long odds, Chuck was accepted at the University of Arizona School of Medicine, and began his formal training.

During that first term, Chuck was thinking about the call of God on his life.; He began to feel that he should forego high-tech medicine in some lucrative setting in favor of service on a foreign field.; This eventually became his definite plan for the future.; Toward the end of that first year of training, however, Chuck was not feeling well.; He began experiencing a strange and persistent fatigue.; He made an appointment for an examination in May and was soon diagnosed with acute leukemia.; By November Chuck Frye was dead.

How could Chuck's heartsick parents then, and how can we now, make sense of this incomprehensible act of God?; This young man loved Jesus Christ with all his heart and sought only to do His will.; Why was he taken in his prime despite many agonized prayers for his healing by godly family members and faithful friends?; The Lord clearly said "No" to them all.; But why?

Thousands of young doctors complete their education every year and enter the medical profession, some for less-than-admirable reasons.; A tiny minority plan to spend their professional lives with the down-and-outers of the world.; But here was a marvelous exception.; If permitted to live, Chuck could have treated thousands of poor and needy people who otherwise would have suffered and died in utter hopelessness.; Not only could he have ministered to their physical needs, but his ultimate desire was to share the gospel with those who had never heard this greatest of stories.; Thus, his death simply made no sense.

Visualize with me the many desperately ill people Dr. Chuck Frye might have touched in his lifetime, some with cancer, some with tuberculosis, some with congenital disorders, and some being children too young to even understand their pain.; Why would divine Providence deny them his dedicated service?; There is another dimension to the Frye story that completes the picture.; Chuck became engaged to be married in March of that first year in medical school.; His fiancee was named Karen Ernst, who was also a committed believer in Jesus Christ.; She learned of Chuck's terminal illness six weeks after their engagement, but she chose to go through with their wedding plans.; They became husband and wife less than four months before his tragic death.; Karen then enrolled in medical school at the University of Arizona, and after graduation, became a medical missionary in Swaziland, South Africa.; Dr. Karen Frye served there in a church-sponsored hospital until 1992.; I'm sure she wonders--amidst so much suffering--why her brilliant young husband was not allowed to fulfill his mission as her medical colleague.; And yes, I wonder, too.

The great theologians of the world can contemplate the dilemma posed by Chuck Frye's death for the next fifty years, but they are not likely to produce a satisfying explanation.; God's purpose in this young man's demise is a mystery, and there it must remain.; Why, after much prayer, was Chuck granted admittance to medical school if he could not live to complete his training?; From whence came the missions call to which he responded?; Why was so much talent invested in a young man who would not be able to use it?; And why was life abbreviated in such a mature and promising student, while many drug addicts, winos, and evil-doers survive into old age as burdens on society?; These troubling questions are much easier to pose than to answer.; And...there are many others.