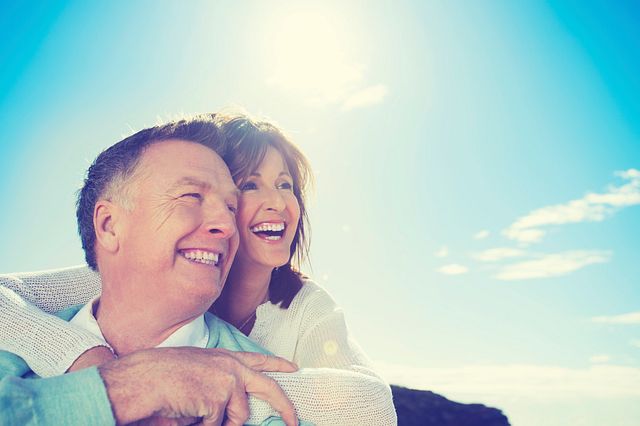 Question: Most of your books and talks are directed to younger wives and mothers. But we middle-aged women have problems, too. I've survived most of the stages of life you described, including menopause, but now I need help in knowing how to grow old gracefully. I don't want to become a boring, sour old woman. Would you offer a few suggestions that will help me avoid some of the problems that are characteristic of post-retirement age?

Answer: There are at least four dangers to be circumvented. Let me discuss them briefly.

First, avoid the pitfall of isolation. Reuben Welch has written a book entitled, WE REALLY DO NEED EACH OTHER, and he's absolutely right. Isolation is a bad thing; it ruins the mind. As you grow older, do not allow yourself to withdraw within the four walls of your house and cut yourself off from people. Keep up your social life even when the easiest thing to do is stay at home. Call your friends; they're probably lonely, too. Get involved with people. And remember, loneliness is not something others do to you; it is usually something you do to yourself.

Second, avoid the pitfall of inactivity, which is a common trap for the elderly. I once flew into Chicago very late at night and found that the hotel had rented my reserved room to someone else. The manager was obligated to help me find accommodations, but every hotel was full. Finally, he located a room in a facility for the elderly.

My brief experience in that converted condominium was enlightening-- and depressing. The following morning when I came down to breakfast, I saw four or five hundred elderly people sitting in the huge lobby. Most were silent--neither talking nor interacting. They weren't even reading newspapers. Most were sitting with their heads down, either nodding off to sleep or just staring into space. There was no activity--nor involvement-no interchange between people.

How sad it seem to see so many lonely human beings in one another's company, yet each was lost in his own thoughts. Inactivity and its first cousin, loneliness, are dangerous enemies of the elderly.

Third, avoid the pitfall of self-pity--an attitude that can kill its victim, quite literally. Those who yield to it are listening to Satan's most vicious lie. Instead of internalizing remorse, I suggest that you begin giving to others; bake something, send flowers, write a card. Get into the world of other people and develop a ministry of prayer for those around you.

Fourth, avoid the pitfall of despair. Many elderly people slip into the habit of thinking, "I'm getting old. There's nothing ahead but death. . .life is over." This hopelessness is especially unwarranted for the Christian, who must always be future-oriented.

The real beauty of Christianity lies in the assurance of the world beyond this one where there will be no pain or suffering or loneliness.

This hope for the after-life was expressed to me in a beautiful way by my father, shortly before his death. We were walking on a country road, talking quietly about life and its meaning. He then made a comment about eternal life that I will never forget. He said when he was a young man, the possibility of a future heavenly existence was not a matter of great value to him. He had enjoyed his youth, and the thought of life beyond the grave was like a pearl that was crusted over with scales and grime. The beauty of the pearl was assumed but not apparent or realized. But as he grew older and began to experience some of the inconvenience of aging, including a serious heart attack and assorted aches and pains, the encrustations fell from the pearl of eternal life, one by one. Then it shone more brilliantly, more prized than any other possession in his grasp.

My father has now achieved that pearl which gave such meaning to his earthly existence...even in the winter of his life.

Thankfully, the same blessed hope is available to every one of

God's children, including you and me!