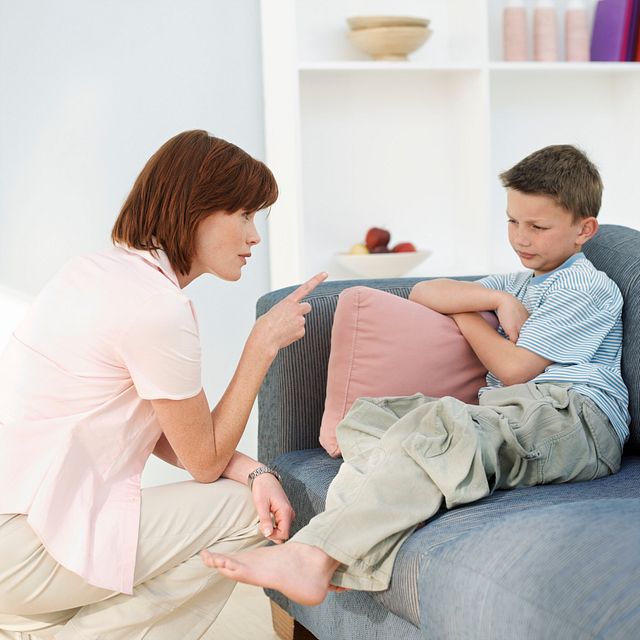 Now let me offer some additional hope and advice to single mothers. Even though the studies indicate that a higher percentage of kids from single families have problems, the great majority turn out fine. If you are a dedicated mom who gives priority to your children, they will do all right too.

Let's talk briefly about disciplining your boys. You should train and guide your children in the same ways you would if your marriage was intact. Sometimes a single mom will feel guilty for not being able to provide adequately for her sons and daughters, and for the painful circumstances that accompanied the divorce. Therefore, she becomes permissive and namby-pamby. That is not in the best interest of your kids. It is especially risky for your boys. They need boundaries even more than the children of intact families. An authoritative but loving mother brings security to a child for whom everything seems insecure. Get in there and lead! Punish when punishment is needed. Hug them when they need reassurance. And make them think you know what you're doing and where you're going even when you may not have a clue.

I referred earlier to the child who has a tendency to move into the power vacuum created by the loss of a father and to become the "surrogate spouse" to the mom. Don't let that happen. The boy who is trying to be an instant adult is still a child and should not be burdened with grown-up responsibilities and cares. Don't tell him all your inner fears and anxieties, even if he seems able to handle them. Sooner or later, your abdication of the parental role will come back to haunt you when, perhaps in adolescence, you have to tell him no or confront him when he is straying. This substitute spouse may actually be female. It is not unusual for girls to also aspire to that role. Regardless, it is not a good idea for a child of either sex. Let them grow up as God intended—one day at a time.

And now some ideas for single mothers seeking to develop masculine characteristics in their boys. Debra Gordon, writing in The Virginian- Pilot (Norfolk, Va.), wrote an interesting piece about "natural aggression" called "Mama's Boys." You might find it helpful. An excerpt follows:

This Christmas, Suzanne Rhodes did something she swore she'd never do—put toy guns under the tree.

With four boys ranging in age from 9 to 15, Rhodes had decided early on that she'd never buy them guns, nor would she allow them into the house.

Instead, she followed the politically correct, nonsexist agenda for raising boys in the '80s and '90s: buying them gender-neutral toys, like blocks and puzzles. When their friends came over packing toy pistols, she made them park their weapons at the door.

"Didn't matter, though. There were lots of fingers smoking out there," the Chesapeake mother says.

But this year, after touring Civil War battlefields, reading books, and watching movies with her boys about this country's many wars, Rhodes changed her mind.

"I've done a lot of thinking about it," says Rhodes, who also has a 6-year-old daughter and whose husband is a naval officer. "They're out there playing war games; they're not out there killing for killing's sake. They're showing their aggression like boys do. There's just a connection to war games and war that men have. And I think you will never be able to breed it out of males because males and females are apples and oranges."

And therein lies the crux of the issue when you talk about mothers raising sons. Do we aspire toward the ultimate of nonsexist, gender-neutral childhoods, following the theory that we can mold a child primarily through environment and modeling, or dowe accept that boys and girls are inherently different and teach our sons how to constructively channel and manage their inborn aggression, their ''stick-beating gene,'' as one mother calls it?

The best answer, in my opinion, is the latter.